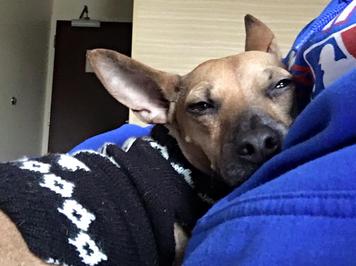 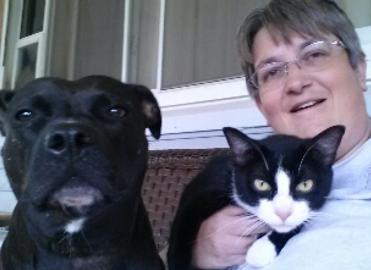 Ann Wesley is a life-long pet owner and currently lives with two cats - Simba & Willy, and a pit bull named Scout. Since forming the business, she has worked with several veterinarians and pet experts to learn about pet behavior, training basics, recognizing potential health risks and other pet care issues. She has fostered neo-natal puppies learning about bottle feeding and their special needs. She also adopted an FIV-positive cat with cancer which provided education and experience with various forms of medicine. In the past decade she has become skilled giving all types of pills, liquids, insulin injections, sub-q fluids and other medications.

Bloomington Pet Pals Inc., is owned and operated by Ann Wesley. Additional, insured and bonded sitters are sometimes used over holidays and at peak times. We strive to treat your pets like they are our own while you are away - providing them with care, love and companionship. Founded in 2005, the business was originally owned by Ann and Diane Stuercke. In 2013 Diane moved with her family to Chicago and now operates My Pet Pals.

The importance of home pet care became obvious on the occasions when we had be out of town and couldn't take our babies along. Its one thing to ask a friend to stop by to feed and let pets out. Its another to ask them to spend significant time with them. Kennels didn't work for us because of the trauma it caused our pets and their limited hours which meant we sometimes would have to wait a day or two to get them after we got back from vacation. So, our business was born.