an infection in her liver and an enlarged gallbladder. They gave her antibiotics and sent her home. Two hours later she started struggling to breathe and died on the way back to the ER.

She was in distress when I held her and put her in the car. She died with my hand on her, being hugged and kissed as she slipped away. She died feeing love.

Friends offered condolences of course, saying, “I’m so sorry” or “I’m thinking about you.” With pets, we often hear, “She was lucky to have you” or “She had a good life with you.” Those sentiments are very much appreciated, but this time, I heard two things that had a huge impact in comforting me.

I’m a single person with no human children. Upon learning of Cinnamon’s passing, someone said, “I understand this is like losing a child for you.” And it was. It made me feel better to know someone understood the extent of my grief – that Cinny wasn’t just a dog. She was an irreplaceable part of my life.

Then Anne Sterling, the Midwest Director of the Humane Society of the United States, put it in perspective for me. She said hundreds of dogs died around the country that same day. A lot of them were in shelters or out on the street. Some of them were abused or neglected. Many starved or were beaten to death. A great many of them never knew unconditional love and few of them were able to be in a loved ones arms, comforted at the moment they passed over. She said that’s what made my Cinny different – she was loved and she knew it. She had the joy of having a family of people, dogs and cats that loved her every day of her life. She wasn’t alone and afraid and that made her very special.

Those comments brought me peace. I still grieve for her and I always will. But to know that someone understood the depth of my grief was tremendous.

Anne Sterling told me once before, when I adopted my pit bull Scout from a fighting operation – “You can’t make a difference in every dog’s life. But you can make a life for this dog.” And that makes the eventual heartache worth it. 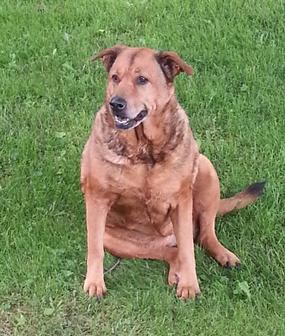 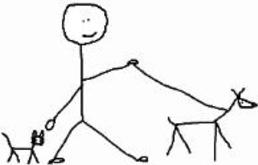 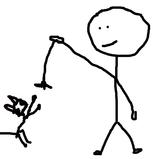 June 9 is World Pet Memorial Day. On that day, specifically,I will think of the pets I have loved and lost.  As a pet sitter, I get to know hundreds of pets very personally and when the inevitably pass, I grieve them like I have grieved for my own. For this memorial, I share the memory of my dog Cinnamon, who died on Feb 1, 2014. I hope the lessons I learned, help you if you ever lose a beloved pet.

Cinnamon was 11 or 12 and until the day she died, she showed no symptoms of being ill. She was as active as a dog half her age – happy and energetic. On Jan 31 she didn’t eat dinner, which was extremely unusual. The next morning she didn’t want breakfast and I knew something was very wrong. We immediately went to the vet and after 6 hours and multiple tests, the only thing he could find was